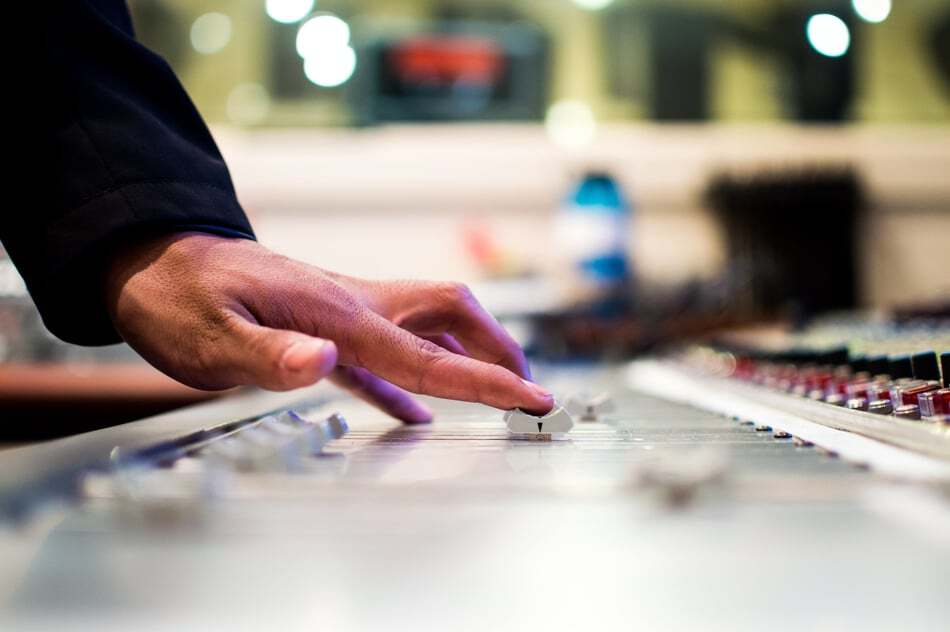 With the introduction of USB mixers, many people are starting to ask if they can act as a replacement for an audio interface.

When I used to be in a band (a while ago now!) we didn’t do any of our own recordings. One of the reasons for this is that we used to go into professional recording studios and stand there in awe and with amazement at the apparent complexity and amount of equipment that was used in the recording process.

Most strikingly of all, was the size of the mixer. It took up an entire desk that seemed big enough to fill my studio apartment at the time. From that point on I thought that a giant mixer was a requirement of any recording studio. And it put me off wanting to record music at home for a long time.

Well, when I finally decided to start recording music at home I found out the truth quickly. You don’t actually need a mixer for home recording! However, you do need some kind of audio interface or other way to connect to the computer.

But what about newer USB mixers? Could they be used as a replacement for an interface? Or do you still need both? Let’s try and get to the bottom of this.

Why do I need either?

As I explained in my recent article about how to connect your synth to a computer for recording. The sound card in most computers will normally not be up to the task of handling a direct input of instruments when recording. It will often result in latency or lag and leave you very frustrated. ‘Latency’, for those who don’t know, is a delay between the time when a note is played and the time it takes to be processed and appear on the computer.

As computers are multi-functional machines designed to complete a vast array of tasks, from browsing your favorite websites (such as musicianshq.com for example 😉 ) to drawing fancy artwork. They are not fitted with the specific inputs you will require to record instruments. This might be an XLR cable typical for recording microphones, or a midi input for recording a midi device. In order to get these inputs, you need to attach some sort of external device.

On top of this, most high-quality powered studio monitor speakers will not plug directly into a laptop or PC. They will require two sperate mono outputs for each speaker. An audio interface or mixer will potentially allow you to do this.

But what is best for a home recording studio? Do you potentially need both?

What is the difference?

Ok so to confuse things slightly…..technically a USB mixer IS an audio interface however for this section I am comparing a USB mixer and dedicated audio recording interface.

An audio interface basically acts as an external soundcard. It connects to your computer or laptop via usually via USB but also sometimes by FireWire or other methods. It converts your analog audio signal from your guitar, microphone etc into a digital signal (basically a series of 0s and 1s that a computer can understand). It will also process a digital signal from the laptop back into an analog signal once again for the speakers to play your recordings back to you.

Most audio interfaces come with two or more input ports allowing you to plug in XLR microphone leads, quarter inch instrument jacks and even MIDI in many cases. The amount of inputs varies from model to model and depending on the price bracket.

A mixer takes multiple audio sources and mixes them together balancing them out and adding effects into a primary audio track. This audio track is then sent back out usually as a single stereo output.

The majority of traditional mixers do not have a way of directly connecting to a computer via USB or other connection.

The audio output is therefore not converted to a digital signal that can be understood by a computer and remains in analog. This is one of the primary differences between them and audio interfaces, meaning that you may actually need to plug the mixer output into an audio interface anyway to get the signal into your computer or laptop!

However, recently the USB mixer has become a more common piece of studio hardware adding to the confusion. Some USB mixers, as with traditional mixers, output the mixed signal as a stereo track.

What are you recording?

This may make a difference to what you choose. If you plan on recording a full live band all at once with multiple inputs then a mixer may be useful.

When you are recording drums, for example, you are going to want several inputs for the different drums so you can mix them separately. Not many audio-interfaces have enough inputs for all your drums at once. They do however exist and 8 inputs on an audio interface are not uncommon to see although the cost will be higher.

If however, you are in your home studio alone and recording one instrument at a time. Then the need for more than one or two audio inputs is probably not high on your list of priorities.

Audio interfaces are designed to be good at recording, that is their primary function. This means they tend to be better at it than a mixer, which is really meant more for live mixing. Far too many people (me almost included) panic and buy a mixer for the home studio setup which is actually a mixer designed for a live setup.

Because their prime function is to record sound to your computer, most audio interfaces come with decent quality pre-amps. Improving the audio quality and saving you money that you may have had to spend on them.

Mixers do not act as an external soundcard or high-quality built-in pre-amps. So you are relying on the quality of the soundcard in your computer most of the time.

In fact, many lower priced mixers will actually output in just 16-bit digital output. Which is actually lower than a CD quality. Not great if you are trying to achieve a professional sound!

The majority of us are confined to a small room (or section of a room) for our home recording studio. For this reason, saving space is always a priority. A hardware mixer will take up valuable space on your desk which will be annoying and more than likely interfere with your workflow.

An audio interface is more compact and doesn’t require you to be as hands-on. Therefore it is a much more sensible option for a smaller home recording studio.

You can use the built-in mixer in your DAW

The fact is that if you are not recording large amounts of instruments at once. Then most DAW software packages come with a built-in mixer which will do the job of mixing just fine. Although some people like the physical feel of having a hardware mixer the mixer built into software such as Ableton or Cubase work just fine for mixing your tracks post-recording.

Mixers used to be preferred for monitoring recordings live, as there tended to be less latency than monitoring through an interface or computer. However, with modern day audio interfaces, this is usually no longer an issue.

Ok, so audio interfaces vary in value massively, with higher quality pre-amps, for example, adding to the cost of the unit.

However, you really can get a lot of kit for a very affordable price these days. More and more often I am hearing tracks recorded through audio interfaces that cost around $100 which sound great! The technology has really jumped with the sound comparable to very expensive interfaces you found in professional studios 5 to 10 years ago.

Last and by no means least, the reason not to bother with a physical mixer in your home recording setup when you are starting out is to keep it simple.

Fewer pieces of equipment mean fewer things that can go wrong. There is nothing worse than spending hours fixing problems with faulty equipment or trying to deduce why a recording isn’t going to plan. It will mean you can focus on more important things like songwriting. Which is the most important thing right?

Is there ever a place for a mixer in the home studio setup?

Don’t get me wrong, I’m not saying that there is never a place for a mixer in your home recording studio. I just don’t think it should be a priority when you are starting out.

Mixers do have some positives, of course. For example, they come with effects to add reverb, delay or compression to vocals, which can be nice if you want to play around with the sound as you record.

If you are recording a full band or recording gig audio in a live setting, a mixer may come in handy there too. Being able to monitor sound in an analog fashion means less strain on your computer system which may be something you desire.

If you are outputting the monitoring sound to multiple speakers for the live band to hear as they record. Then you can alter the levels of different output monitor speakers without altering the levels on the recording.

So to conclude, my advice would be to steer clear of buying a USB mixer when you are first setting up your home recording studio.

Make sure you have a decent quality audio interface (check out some great value recommendations for beginners here). With as many inputs as you suit your recording needs. That should be all you need.

You can use the mixer built into your DAW to mix tracks on your computer screen and save yourself some vital space in your studio.

For my latest recommendations of audio interfaces check out this page