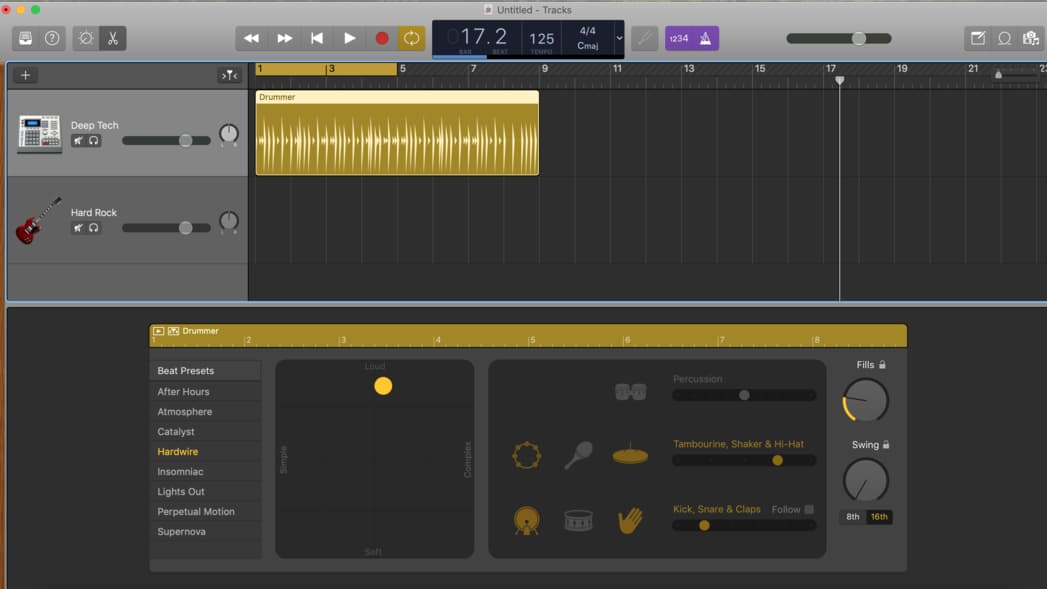 For many people (myself included) Garageband is the first piece of software they use to try and produce music. This is probably because it is free and comes pre-installed on many Apple devices from laptops to iPads. It comes loaded with free samples and loops so even the true beginner can create something resembling a song.

But because it is free This leaves many people asking the question: “Can you publish songs made in Garageband?”

The answer is yes, it is legal to publish songs made in Garageband. Apple provides the loops and samples royalty-free.

In this article, I will explore this question in a bit more depth and answer a few other related questions along the way.

Disclaimer: I would just like to caveat the article by saying that I am not a lawyer and all information is just my personal interpretation of Apple’s legal agreements. If you are still unsure or have any specific questions please contact Apple directly.

What Exactly is Garageband?

Garageband is a piece of software produced by Apple and is an example of a Digital Audio Workstation (DAW). A DAW is a key part of making music in a modern home studio. In simple terms, they are pieces of software that allow you to record, edit and produce music or other audio files.

DAWs come in many shapes and sizes with different features to suit different requirements, some popular examples include Ableton Live, Logic and Cubase. Most of these are fairly expensive to buy which can be off-putting for the beginner and so when starting out many people look for free alternatives.

One of these alternatives is Garageband, produced by Apple since 2004 and now available in different forms across different Apple devices. The software comes with built-in sounds and loops (https://en.wikipedia.org/wiki/Loop_(music)) so that even the most amateur producer can make a cool sounding track in just a few minutes.

Are All Instruments and Loops Royalty Free?

It may almost seem too good to be true that a company such as Apple, who are usually so keen to get as much money out of people as possible, would give out so much stuff for free, but in this case, they have. In their words, they want to provide a tool for creativity, whether that be used for making money or simply to pass the time.

” You may use the Apple and third party audio loop content (Audio Content), contained in or otherwise included with the Apple Software, on a royalty-free basis, to create your own original music compositions or audio projects. You may broadcast and/or distribute your own music compositions or audio projects that were created using the Audio Content, however, individual audio loops may not be commercially or otherwise distributed on a standalone basis, nor may they be repackaged in whole or in part as audio samples, sound effects or music beds.”

So as long as you are taking the sampled instruments or loops and using them to create a new unique piece of music you aren’t going to get into any trouble. You can even release the track and sell it to millions of people and make your fortune.

You will notice, however, at the end of the legal agreement that they do caveat this generosity by adding that you can’t simply repackage their samples and sell them on. Hopefully, this seems obvious to you but don’t try and sell the loops directly to anyone without at least attempting to make them into a unique musical track first.

What If Other People Are Releasing Music Using the Same Loops or Samples?

Because Garageband is freely available to everyone who owns a Macbook or iPad, a huge number of people now have access to it and all the free loops that they provide. So there is a good chance that someone else in the world has created a song using the same loop that you just did.

But does this pose any legal issues?

You are probably aware that it is quite common in the music production world for artists to claim others have stolen bits of one of their tracks and infringed on copyright. Check out this article for a whole list of artists from Led Zeppelin to The Black Eyed Peas who have been successfully ‘sued’ for sometimes millions of dollars.

So what if you innocently use a loop from Garageband that another more established artist has also used? Are they going to come and sue you?

Well, they may try. I’ve heard of a few cases on Youtube where an artist has flagged another artist’s music (made in Garageband) and asked Youtube to remove the audio due to copyright infringement. The good news though is that they are wrong. As mentioned earlier in the article the loops in Garageband are in the public domain and are royalty-free.

The person questioning you may be correct that your music is very similar to theirs and maybe even identical but it doesn’t matter from a legal point of view.

With So Many People on Garageband is My Music Ever Going to be Unique?

Yes there are preloaded instruments and even loops in Garageband and if you make music utilizing just a series of loops or using very basic chords on one of the instruments, there’s a good chance your music isn’t going to be that unique. But Garageband can be used for far more than that. You can plug in your own instruments or manipulate the Garageband instruments using effects to make a track that is very likely to be original.

But maybe you don’t even want to be original. Perhaps you are just making a quick backing track to a Youtube video. In this case, uniqueness is not going to be that essential, now you know you are not going to get in trouble.

For a beginner, Garageband is a great DAW to start with as it is free and has many similar features to other paid DAWs. You can definitely create some cool sounding music in the software and even add your own sounds using a guitar or synth etc.

To find out how to record guitar without an amp check out this article.

For information on how to connect a synth or keyboard to your computer for recording check out this article.

Garageband is the starting point for much greatness (not just mine) and simply because it is free doesn’t mean you should think it is useless. If you know me or this blog, you’ll know that I think everyone should have a go at writing and recording music and not everyone can afford to buy all the gear and software at the start. You will come across a lot of ‘audio nerds’ badmouthing equipment or software when they have never even released a song to the world.

Do Any Famous Artists Use Garageband?

Yes they do and have for many years.

A well-known example is the artist Grimes (Claire Boucher), who wrote and recorded her entire first album over a three week period entirely on Garageband! Other examples include the hugely influential album ‘Cross’ by French group Justice.

And you might be most surprised to learn that the drum track from Rhianna’s number 1 single ‘Umbrella’ started life as a Garageband loop too (check out ‘Vintage Funk Kit 03’ if you are interested).

So to conclude, if you are just starting out in the world of recording and you just want to mess around on a free App on your laptop or iPad then Garageband is a great place to start. And better still if you compose something that sounds amazing then there is no reason why you can’t release it to the world.

If for some reason you are reading this article and you only own a Windows PC or tablet, unfortunately, Garageband is not available on anything other than Apple devices.