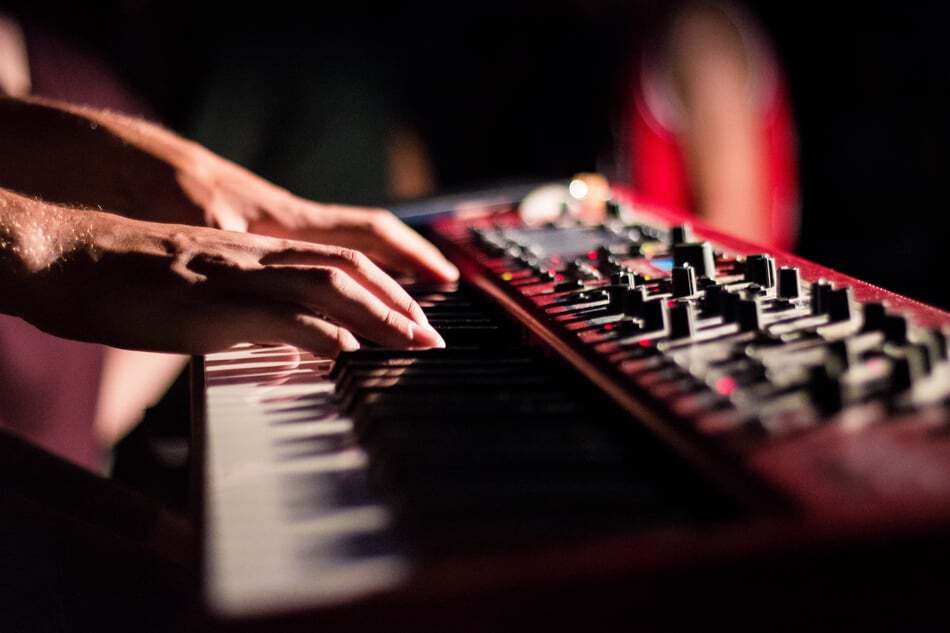 I trawled through all the resources I could to try and find the correct etymological origin of the word ‘synth pad’ and there is no clear answer for the origin of the word in a musical context. However, it seems to be widely accepted that the word reflects the fact that a pad ‘pads out the musical mix to fill the space’. I like this definition as it describes what I believe a pad to be quite nicely.

But what exactly is a pad? What makes it different from a lead? Can any instrument be a pad? Music HQ investigates:

What is a synth pad?

The definition of what a synth pad varies a lot from musician to musician, instrument to instrument and genre to genre.

The most widely accepted definition of a synth pad is something along the lines of “a sustained chord or tone generated by a synthesizer, often used as background harmony or for atmosphere. It is used in much the same way as a string section is used to pad out the sound of an orchestra or film score.”

Imagining the string section of an orchestra is a great way to imagine the function of a synth pad in other kinds of music. It has to do with where the particular instrument sits in the ‘mix’. You can’t, for instance, have a pad sound that is the focal point or melody in a track. That would instead be a lead (see next section). 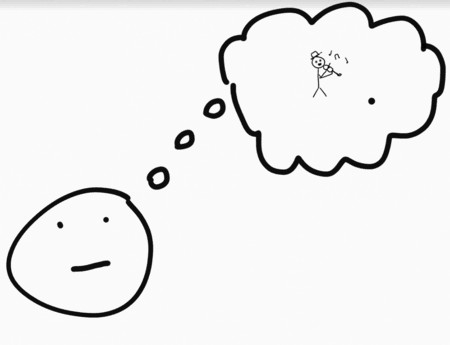 What is the difference between a synth pad and a synth lead?

A good way to fully understand the definition of a pad is to contrast it with the type of synth sound at the opposite end of the spectrum. This is known as a synth lead.

Whereas a pad fills the space in the background of a track. The lead is very much in the foreground of the mix.

In certain genres of music, such as dance and electronic music. The lead takes the role of the vocals and plays the melody. This is often the most memorable part of a track and the part that will stick in the listener’s mind at least on the first listen.

To achieve this the lead is often made of ‘brighter’ sounds of a higher frequency to other instruments. The lead notes are often shorter and more staccato in rhythm and are more likely to be played using individual notes that using chords. The lead is also often slightly louder in the mix to emphasize it further.

In contrast, the pads are rarely the loudest part of the mix when multiple instruments are playing. Instead of having a staccato-like rhythm, a pad in musical theory terms has a legato rhythm.

In simple terms, this is long notes smoothly connected with very little in the way of a gap between note changes. In fact, the notes often overlap with one another. Although pad melodies can consist of single notes they are much more likely to consist of chords as chords tend to do a better job of filling the space in the background of a mix, which is the main function of a pad as discussed.

For some cool ambient synth pad sounds check out the video below:

Whereas a lead is more like this (a good example as it is played over the top of a pad):

How to create a pad sound on a synth

The key to generating a pad sound that will fill the mix like the string section of an orchestra is by doing a few simple things to pretty much any sound. 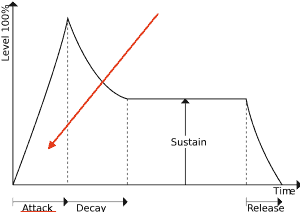 The attack is the amount of time it takes for a note or chord to reach a peak and usually highest level. By increasing this it adds more suspense and actually begins to mimic the sound of traditional string instruments played with a bow.

Don’t increase the attack too much though. Do this and you will hear virtual silence for a number of seconds as the volume level increases very slowly. This will make it very hard to fit into any mix and stay in time with other instruments. 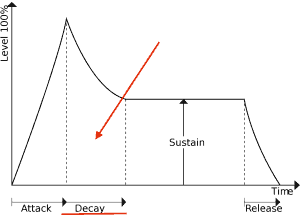 The decay is the amount of time it takes for the note to then decrease from the peak of the attack to the ‘sustain’ level. By increasing this decay time you are increasing the note length and creating a more legato note or chord, perfect for a pad. 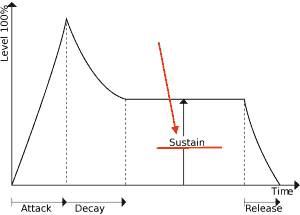 Are you beginning to see a pattern here?

Sustain can, in theory, last indefinitely. Different to attack and decay sustain is not a measure of time but a measure of the level. It is basically how long you hold the note for at a certain level, ‘sustaining’ it.

Of course, the sustain time doesn’t have to be lengthy for all pad sounds. Some more upbeat and uptempo songs may call for a shorter sustain time, so just judge it accordingly. 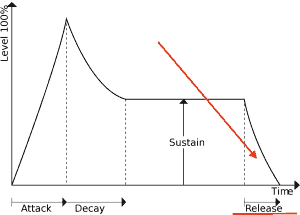 After releasing the keys. The time in which it takes for the sound to return to zero is the release time. This can again be decreased so the end of the note or chord is not an abrupt one and it comes to a nice smooth finish.

Don’t go crazy with you pad sound. A simple pad sound is often the best pad sound. As soon as you start trying to add things such as oscillator detuning, filter sweeps or modulation you make the mix sound more confused and generally unpredictable. By all means experiment but don’t expect instant success!

Most purist rock bands probably wouldn’t be so keen on filling a track with loud synth pad sounds. But don’t completely dismiss them as rubbish! They have their place in all kinds of music. It is just about knowing how to apply it in a subtle way. The mix can be lifted to a whole new level, if this is done correctly, and really improve the quality of the track overall.

To create a more subtle synth sound, simply use selective EQ to lower the volume of the pad in the region between 3 and 4khz. This is the frequency which is most audible to the human ear and so removing some of the pad from this range will make it much more subtle in the mix.

Can any instrument be a pad?

Following the rules of what makes a pad in our definitions above, pretty much any instrument can be a pad, not just a synth. It is to do with the type of sound created and not the instrument used to make it.

So, in theory, you could use a guitar as a pad if you add enough reverb and delay. Experiment away and see what pad sounds you can come up with. And feel free to post links to any videos in the comments below.

Well, this is a question which depends on what type of sound you are looking for and what style of music you are playing. Basically, it is a matter of opinion. But some synths vintage and modern, hardware and software stand out from the crowd when it comes to pad sounds.

Firstly I would recommend a polyphonic synth for pads as you are more than likely going to want to play chords. This is not possible on a monophonic synth (well not live anyway) as I explain here.

My personal favorite vintage analog synth for pads still remains the Roland Juno-60. It is a legendary polyphonic synth (if you can afford to get your hands on one!). If you want the most 80s sounding pads then this is great, it even has an arpeggiator and the ability to save your sounds, check it out below:

It is however quite expensive to get hold of. So if you want a similar analog feel for a lower price the Roland Alpha Juno 1 is also from the 80s and also offers some great sounds.

If you have any synths (vintage, analog, software or whatever) with great pads then feel free to comment below, I’d love to hear of any rare finds or bargains that I can get my hands on!