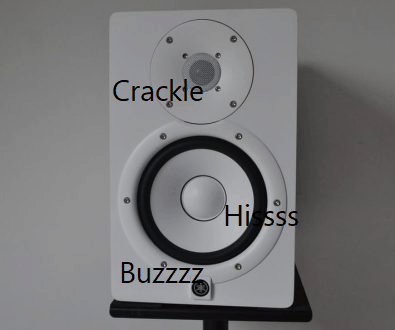 What’s more annoying than playing back something you recorded and hearing a barely audible hiss in the background? Or any other noise that shouldn’t be there? You didn’t spend all the time and money setting up a system to record music to have it be ruined by noisy studio monitors.  So, what’s going on?

Why do we hear noises from our studio monitors?  Several things could cause unwanted noise in studio monitors, so it is important to identify the type of noise we are hearing. Then we can isolate the cause and attempt to fix it.

Troubleshooting—that’s the name of the game in recording.  First, you have to isolate the source for the unwanted noise.  Then you figure out what could be potential causes and ways to eliminate it.  We’ve created a chart to help you decide where the trouble might be coming from.

What Type of Noise is It?

The First Step to Take

After you decide what kind of noise is affecting your monitors, it’s time to troubleshoot, which means lots of plugging and unplugging cables and power sources, using different equipment, and checking levels and settings.  If you’re recording with a computer, you might need to reinstall software or check settings or drivers.

For example, if you have your speakers connected to the same power source as your computer or other recording equipment, your speakers might be receiving the ground from the computer. This might cause unwanted noise. In that case, the solution is simple—plug the speakers in someplace else.  No need to buy additional equipment in that case.

What if the Hissing Doesn’t Disappear?

If you’ve checked your equipment and the hiss is still there, you either have a snake living in your monitor speaker, or you need to check one of these:

One of the first things to do is make sure you are using balanced cables.  Balanced cables cancel out most interferences through reverse polarity.  Here’s how that works.

Unbalanced cables have two lines inside their rubber casing.  One carries the signal, and the other is a shield that carries the ground.  Typically, the shield is wrapped around the signal wire, and its job is to protect it from outside interference. However, if interference interrupts the signal, there’s no way to eliminate it.

A balanced cable has three lines.  One is still the ground.  The other two still carry the signal. Having two wires to carry the signal is not what eliminates interference. Instead, a clever design feature does it.  When the two cables are connected to the jack, their polarity is reversed. Then, when they are reconnected, their polarity is once again reversed. This eliminates a signal that might have otherwise caused interference.

You know that a negative number cancels out a positive one: -1 plus +1 equal 0.  The same principle is at play with a balanced cable. When the interference reaches the jack that inputs the speaker, the reverse polarity cancels out the sounds that caused the interference.

You don’t have to cut open your cable to see if it is balanced or unbalanced. Instead, look at the jack—if it has one rubber ring, it is unbalanced.  A balanced cable has two rings as shown below. 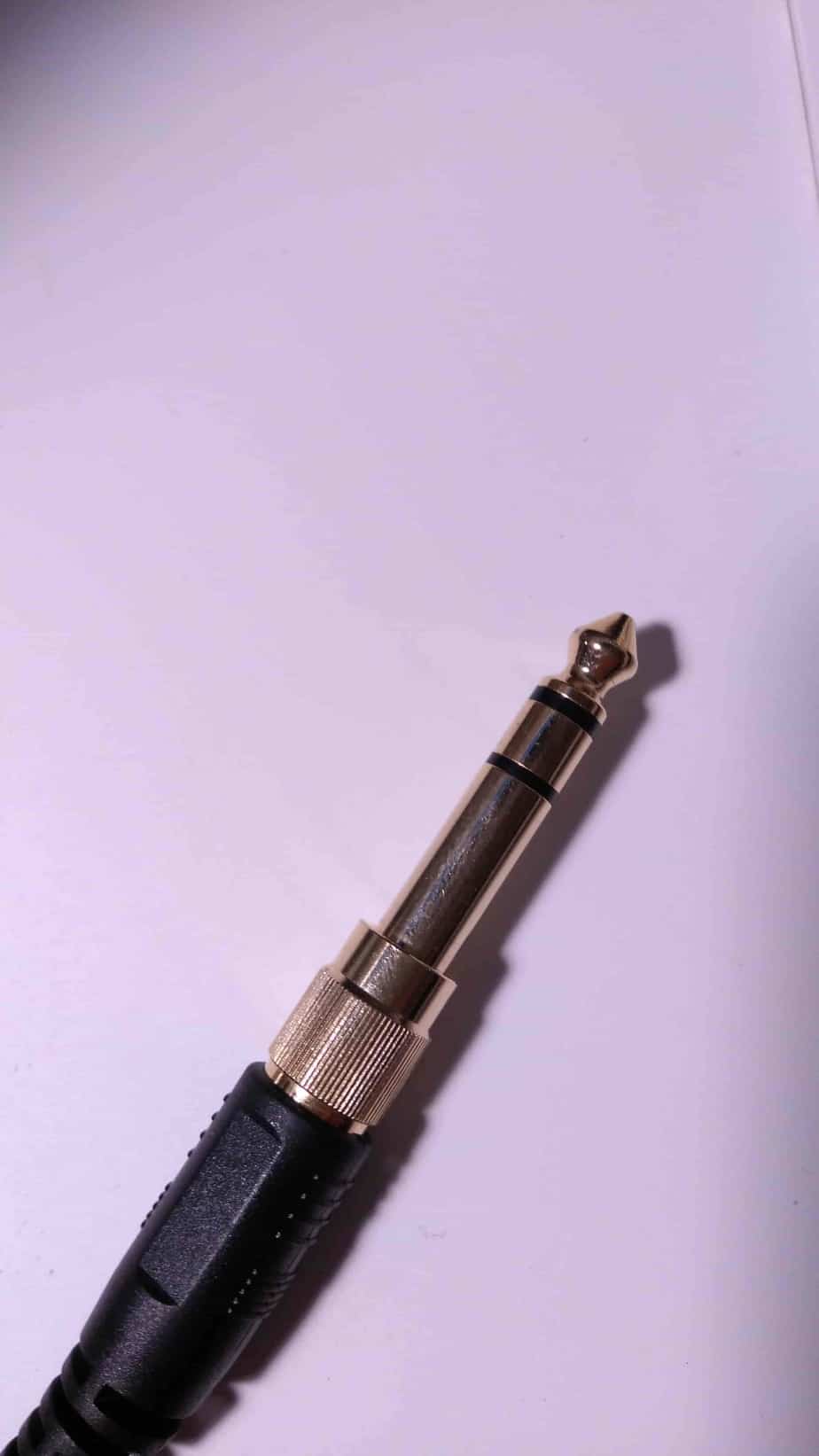 If you want to get your inner geek on, this YouTube video has an extremely detailed explanation of balanced versus unbalanced cables.

Your Outlet Could be the Problem

Speakers that don’t connect properly to the ground in an outlet can be the cause of the interference.  Some people suggest taking off the bottom plug.  Although that might be a temporary fix—you still have a problem—the outlet in your recording space is not properly grounded.  One fix is to call an electrician. Another fix is to plug in your speaker someplace else.

If you can’t have a perpendicular crossing, then have the power cable be as far away from the speaker cable as possible.  Or better yet, buy balanced cables such as these.

A Couple of Other Suggestions

Is Stereo the Same as Balanced?

By the way, stereo and balanced are not the same thing.  Stereo refers to the signal that comes from the output device, while balanced refers to the cable itself. So don’t let the terminology fool you when you’re troubleshooting!

The annoying hiss or other noises that come from monitors can make a big difference between whether a recording sounds amateurish or professional.  As you have already learned, the process of elimination is important to recording a podcast or playing back a recording.

When you moved the microphone so that your voice sounded best, you were using the process. The same thing when you adjusted your gain to get a better sound. With unwanted noise, the adjustments will just be on a larger scale.

But to get the sound you want to have, you’re going to have to eliminate the causes.